Jenny, a high school student, is on cloud nine. Dave Stone has asked her to the prom. Her girlfriends are all sexually active and have been pressuring Jenny to give up her old-fashioned Christian views on premarital sex. Then, on the day before the prom, Jenny's best friend tearfully confides that she thinks she is pregnant and her boyfriend dumped her when she told him. Michelle doesn't want Jenny to make the same mistake. Distraught, Jenny begins to question whether premarital sex is worth the gamble of pregnancy, disease, loss of reputation, or compromise of values. Her decision is...


On this last day at home before Jesus begins his ministry, the family is charged with fear, bitterness, and resentmentùall directed against Jesus. Elizabeth, an unmarried sister, resents what she sees as her brother's selfishness. Deborah, a younger sister who is married and the mother of Nathan, fears how Jesus' plans will affect Mary, their mother. Their brother James feels bitter and destructive, especially since returning home after a failed attempt to live on his own. Another brother, Juda, a teenager and shepherd, feels rejected because Jesus refuses to take Juda with him. When Je...


Here are a dozen humorous skits with messages that really hit home. "Salvation Lot" has a smooth-talking salesman with a deal for everyone. The "Evangelism 101" class has strong ideas on how to evangelize the world, but when an unsaved person crashes the class, we find out how dedicated they really are. "I'm the Victim Here" teaches friendship is more important than petty disputes. "Charades" has a good lesson on setting the right priorities in our lives. The heroine of "The Hole in my Heart" finds fulfillment can only come from Jesus. A man who is desperate ...

St. Francis and the Angel


In Assisi, Italy, in the Thirteenth Century, Francis has gathered some followers in a primitive monastery. A boy appears at the gate and asks to speak with Francis, who has gone into the woods. Though poorly dressed, the boy is an angel sent to test the charity of the men and to expose the one who is a fraud. One monk, Masseo, is too foolish to recognize who the boy really is, and reacts to him with comic resentment. The Vicar, Elias, is too angry to treat the boy charitably, sending him away. Elias then lies to Francis about what happened to the boy, but Fra...


A very different type of play which may easily be produced by your youth group. Depicted as happening somewhere in the future, a boy and girl enter what was known as a "church." A guide takes a small tour through this church, and strange questions are asked. After they have left, the Stone Preacher comes to life to take part in the conversation. An entertaining, yet thought-provoking play. About 30 minutes.


Everyone is sure to THINK THANKS when you stage this easily produced Thanksgiving program which includes a narrator's part, musical suggestions, recitations, choral readings, audience participation, and two plays for performers, tots to teens. The play, "What Would Thanksgiving Be?" is for younger children who answer the question with pictures and rhymes. "Come, Ye Thankful People" is a play for teens which allows them to show a family with seemingly nothing to be thankful for just how full of thanksgiving their lives should be. Done in its entirety, it runs ...


If you're looking for attention-getting drama to lead your group to a higher level of spiritual maturity, this is it. With a very creative twist, here's a powerful collection of both funny and serious sketches dealing with many issues that God's people face: temptation, service, gossip, attitude, a personal relationship with God, burn-out, and much more. The sketches are as convicting as they are entertaining. At the conclusion of each, all will know that the best answers to life's problems can only be found Under His Direction. These sketches are great for y...

Comedy With Heart by Ev Miller


Buck Howard is a successful author but his personal life has been marred by the loss of his wife. Howard blames God for this tragedy. He also begins to blame God for every minor ache and pain that comes along. Finally, God decides to confront Howard and visits him in the form of a dapper little man who is somewhat of a klutz. Everything he does seems to turn out wrong and the audience is left wondering just what kind of Deity this is. But is he the stumble john that he appears to be or is it all an act? This very funny play says something important about how ...

Women of the Bible

For Women Play by Margaret Stevens


The lives of 16 well-known women of the Bible are described as each one poses in a life-sized picture frame. A wonderful addition to any women's day program, these narrative tableaux will bring alive those strong, special women who helped shape our Christian heritage including Miriam, Ruth, Esther, Elizabeth, Mary and Martha, Mary the Mother of Jesus, and others.

Your Christianity Is Showing!

Here's a collection of eight hilarious sketches which look at Christianity from a different point of view. The sketches are designed to mak


Here's a collection of eight hilarious sketches which look at Christianity from a different point of view. The sketches are designed to make your audience laugh out loud, and at the same time look inwardly at themselves. Discover what happens when we really "fall into sin"; when men and women have their roles reversed in marriage; or when a gift of a Bible is presented without any strings attached. This collection is funny, entertaining and thought-provoking for all ages and groups. The skits range from 1 to 5 performers. 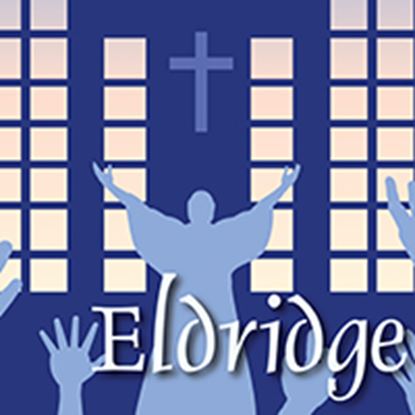 
A simple but bright orange robe, discarded years earlier and now found at a church bazaar sale, makes an incredible journey of ministry. Trisha buys the robe for twenty-five cents, and on a wild whim, wears it to meet her daughter's future in-laws. She gives the "lucky" robe to them and it provides a comic moment, one which leads to them talking again to get their marriage back on track. Soon they give the robe to Chyna, a lonely newcomer at church. Hard to miss while wearing the robe, Chyna meets new friends and she soon gives it to Jackie, who is ill. The r... 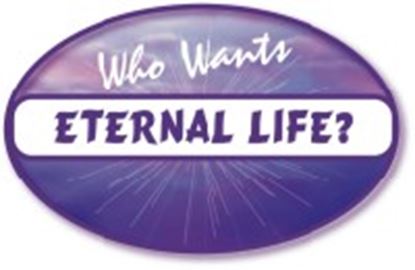 
This play with music recreates the life of Fanny Crosby, a special woman who blessed our world by writing the words to more than 8,000 hymns. She felt her lifetime of blindness brought her closer to the heart of God. Actual events - some humorous, others sad, a few even tragic - surrounding the inspiration for her most well-known hymns are dramatized in this easily staged portrait of the blind poetess whose words, poems, and lyrics continue to be sung by millions around the world today. Let your actors, choir, or congregation sing the suggested hymns which this remarkable woman wrote. A ...


It is the future, a time when it is illegal to own a Bible or to proclaim any faith in Christ. The West family are true Christians. When their older friend Anna gives them a picture of Jesus, they are delighted, yet aware of the dangers of having it in their home. Even more distressing is the immediate threat of Anna's arrest. The government has ordered all those who refuse to deny their faith and refuse to pledge allegiance to the government to be put to death. After the soldiers take Anna away, the family knows they will probably be next. They wonder -- will their faith be strong en...