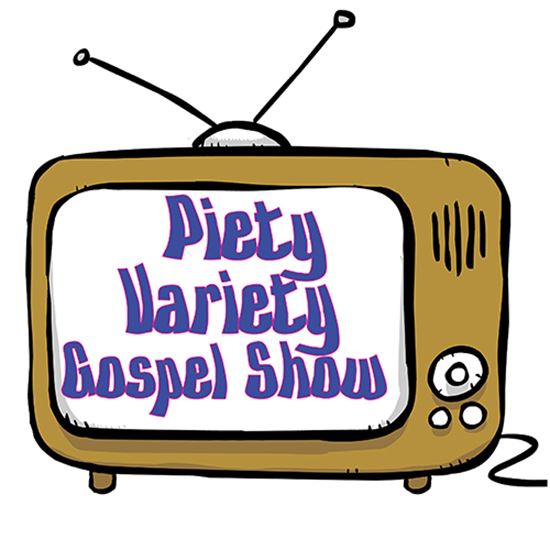 The year is 1960. “The Piety Variety Gospel Show” is a locally televised religious program that blesses folks between church services with music, religious news, and much more. But now the host, Brother Shelby Greene, faces a crisis. With new regulations that require him to start paying for his airtime, how will he raise the money and stay true to his calling? This is a comic tale about becoming a televangelist when selling religious items, having nice hair, and asking for money on air was something new. A singing quartet performs ten well-known hymns, and there is an option to include local talent acts. A band can accompany the quartet. About 90 minutes.

I have an opinion about some of the religious programing I’ve seen and was inspired to write a play that touched on that subject.

My favorite line is: “That’s right Brother Shelby this prayer cloth has BS written all over it.” I didn’t plan that line. It just happened while I was writing the scene. Being able to use Brother Shelby’s initials to sneak in a comment like that was an unexpected pleasure.

The character of Parks was inspired by the sweet spirits of two elderly gentlemen in my home church – both of whom were named Parks.

Clean entertainment is what I hope to achieve with this play. And subtlety, maybe it could cause a few people to think more critically of what I call Professional Christianity.

In our self-produced version we incorporated different acts from around the community. It created a fun atmosphere, gave us a different angle for advertising, and brought new folks to the theatre.