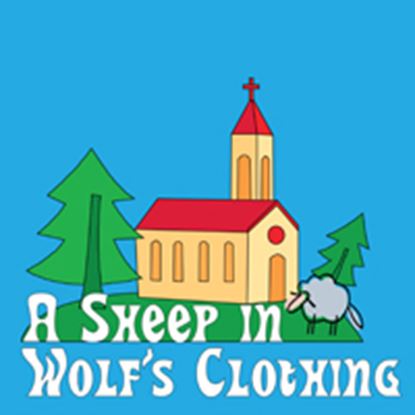 
A small church is eagerly awaiting the arrival of the new and as yet unseen pastor. But he’s arrived too early and instead of meeting the welcoming committee, Rev. Goode encounters a seemingly homeless man. The pastor immediately offers to help him, surprising the stranger who says he never before received that kind of consideration from the church members. Since the pastor is more interested in finding out what type of church he inherited than in making a good first impression, he switches place with the other man so he can observe firsthand how the church t...

A Collection of Skits


At last, nursery rhymes with a reason. Here are 15 skits, based on popular nursery rhymes and tales, with delightful new twists toward biblical lessons. For instance, "The Three Little Kittens" may have lost their mittens, but they end up dressed in the whole armor of God. In "The Grasshopper and the Ants," the grasshopper learns how important it is to make provisions for the future which explains why the ants collect the bread of life. In another, the Little Christian, like the little engine that could, finds he is rewarded for facing his challenges. These s...

A Potpourri of Christian Drama for Easy Ministry


The skits, mimes and monologues/readings in this collection of "anytime" material have been written for easy casting, short rehearsals and maximum impact. Topics covered include missionary boxes; witnessing; the afterlife; cultivating the Christian life; allegorical tales of obedience, power, beauty and teamwork; seeing through God's eyes; and the meaning of God's names. Often, the message is driven home with laughter. Most tales are contemporary (two are set in Biblical times) and most can be cast with either men or women (several feature many women). Use th...

Prayer Of The Patriot


Take a trip back in history and learn how prayer has helped create this great nation. With Jesus as our guide, join a confused office worker in discovering the faith of past patriots such as George Washington, Abraham Lincoln, and other well-known and many not-so-well-known patriots. With no scenery and just a few props, the focus is on the dramatic dialogue which includes excerpts from original speeches. Suggested songs for a choir enhance the mood of each segment of history. The powerful, surprise ending is a touching scene from the World Trade Center tragedy on Sept. 11, 2001. Give y...


This collection for elementary-aged students includes "Moses Smites the Rock" (with a talking rock!) and "The Prodigal Son," as well as original stories. "Seventy Times Seven" uses slapstick to teach forgiveness. In "No Eggs for Easter," the Easter bunny loses his eggs, but learns about Jesus. "Odd Somes" uses simple puppets children can make to show how God can use anyone. "Penny Latchkey" deals with crime prevention and wariness towards strangers. In the "Two Shoes," the characters are worn-out shoes who learn the difference between the Christian and the worldly life. "Frankie Finds a ...


Jenny, a high school student, is on cloud nine. Dave Stone has asked her to the prom. Her girlfriends are all sexually active and have been pressuring Jenny to give up her old-fashioned Christian views on premarital sex. Then, on the day before the prom, Jenny's best friend tearfully confides that she thinks she is pregnant and her boyfriend dumped her when she told him. Michelle doesn't want Jenny to make the same mistake. Distraught, Jenny begins to question whether premarital sex is worth the gamble of pregnancy, disease, loss of reputation, or compromise of values. Her decision is...

Send In The Clowns!


Here's a resource book of eight clown skits designed to present Biblical truths in a unique and entertaining way. From the clown who thinks you need to use tape "To Cling to What Is Good," to the clown who lost his smile, you will find the gospel message explained in a clear and relevant manner that children will learn from and enjoy. These skits, each using two clowns, are easy to produce with limited prop requirements. The children at your church will love this fun and easy way to learn more about Jesus. Happy clowning!


On this last day at home before Jesus begins his ministry, the family is charged with fear, bitterness, and resentmentùall directed against Jesus. Elizabeth, an unmarried sister, resents what she sees as her brother's selfishness. Deborah, a younger sister who is married and the mother of Nathan, fears how Jesus' plans will affect Mary, their mother. Their brother James feels bitter and destructive, especially since returning home after a failed attempt to live on his own. Another brother, Juda, a teenager and shepherd, feels rejected because Jesus refuses to take Juda with him. When Je...


Here are a dozen humorous skits with messages that really hit home. "Salvation Lot" has a smooth-talking salesman with a deal for everyone. The "Evangelism 101" class has strong ideas on how to evangelize the world, but when an unsaved person crashes the class, we find out how dedicated they really are. "I'm the Victim Here" teaches friendship is more important than petty disputes. "Charades" has a good lesson on setting the right priorities in our lives. The heroine of "The Hole in my Heart" finds fulfillment can only come from Jesus. A man who is desperate ...

St. Francis and the Angel


In Assisi, Italy, in the Thirteenth Century, Francis has gathered some followers in a primitive monastery. A boy appears at the gate and asks to speak with Francis, who has gone into the woods. Though poorly dressed, the boy is an angel sent to test the charity of the men and to expose the one who is a fraud. One monk, Masseo, is too foolish to recognize who the boy really is, and reacts to him with comic resentment. The Vicar, Elias, is too angry to treat the boy charitably, sending him away. Elias then lies to Francis about what happened to the boy, but Fra...


A very different type of play which may easily be produced by your youth group. Depicted as happening somewhere in the future, a boy and girl enter what was known as a "church." A guide takes a small tour through this church, and strange questions are asked. After they have left, the Stone Preacher comes to life to take part in the conversation. An entertaining, yet thought-provoking play. About 30 minutes.


Everyone is sure to THINK THANKS when you stage this easily produced Thanksgiving program which includes a narrator's part, musical suggestions, recitations, choral readings, audience participation, and two plays for performers, tots to teens. The play, "What Would Thanksgiving Be?" is for younger children who answer the question with pictures and rhymes. "Come, Ye Thankful People" is a play for teens which allows them to show a family with seemingly nothing to be thankful for just how full of thanksgiving their lives should be. Done in its entirety, it runs ...


If you're looking for attention-getting drama to lead your group to a higher level of spiritual maturity, this is it. With a very creative twist, here's a powerful collection of both funny and serious sketches dealing with many issues that God's people face: temptation, service, gossip, attitude, a personal relationship with God, burn-out, and much more. The sketches are as convicting as they are entertaining. At the conclusion of each, all will know that the best answers to life's problems can only be found Under His Direction. These sketches are great for y...


Here is a charming collection of eleven puppet skits designed for children's ministries. These three- to eight-minute skits will be enjoyed by preschool and early elementary age children and can be easily performed by teens using a puppet stage or a ventriloquist and dummy. Their purpose is to lead children to make correct decisions in following Jesus Christ. There are skits about Christmas, missions, and Biblical events. The topics covered include friendship, forgiveness, salvation, God's care, prejudice and Christian living. These skits can stand alone as teaching devices or provide ...