Comedy With Heart by Ev Miller


Buck Howard is a successful author but his personal life has been marred by the loss of his wife. Howard blames God for this tragedy. He also begins to blame God for every minor ache and pain that comes along. Finally, God decides to confront Howard and visits him in the form of a dapper little man who is somewhat of a klutz. Everything he does seems to turn out wrong and the audience is left wondering just what kind of Deity this is. But is he the stumble john that he appears to be or is it all an act? This very funny play says something important about how ...

Women of the Bible

For Women Play by Margaret Stevens


The lives of 16 well-known women of the Bible are described as each one poses in a life-sized picture frame. A wonderful addition to any women's day program, these narrative tableaux will bring alive those strong, special women who helped shape our Christian heritage including Miriam, Ruth, Esther, Elizabeth, Mary and Martha, Mary the Mother of Jesus, and others.

Word: Something To Chew On


When is doing homework fun? Bookworms, Herman and Digger, take the bite out of a book report assignment for frustrated and bored Christopher. The Word of God comes to life as Biblical figures enter Christopher's bedroom through a life-sized "Holy Bible." These historians tell their story with humor intermixed with the witty bickering of the lovable bookworms. You'll enjoy a new look at your favorite Bible heroes and heroines, such as the bravery of Joseph as he is sold into slavery by his spiteful brothers or the adventure of Moses and the hapless Israelites at the parting of the Red Sea.

Your Christianity Is Showing!

Here's a collection of eight hilarious sketches which look at Christianity from a different point of view. The sketches are designed to mak


Here's a collection of eight hilarious sketches which look at Christianity from a different point of view. The sketches are designed to make your audience laugh out loud, and at the same time look inwardly at themselves. Discover what happens when we really "fall into sin"; when men and women have their roles reversed in marriage; or when a gift of a Bible is presented without any strings attached. This collection is funny, entertaining and thought-provoking for all ages and groups. The skits range from 1 to 5 performers.

Mothers of the Bible 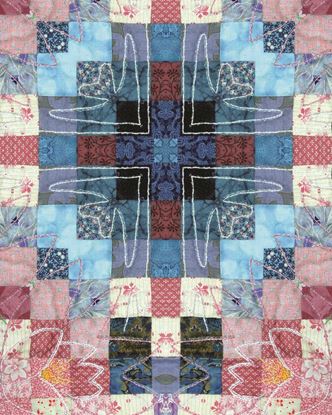 
Here are the stories of many mothers, some known, like Mary, Elizabeth, Ruth, and Naomi, and some not, like the wives of Noah and Job, who had a great influence on the course of human events. While women in Biblical times seemed to be just "things" to be owned, these mothers, with a love of their Lord, passed down lasting inherent goodness and courage to their children. In so doing, they helped to further Christian beliefs and moral standards. The various monologues, dialogues and group conversations show, in a conversational way, the depth, wisdom and love o...


It is the duty of the Ladies Society to officially welcome the new minister's wife, whom they have heard is dignified, formal, and used to the activities of a much larger church and town. The ladies, wanting to make a good impression, rehearse their speeches and songs so they will look "classy." In Scene 2, the minister's wife, meek, absent-minded, and in the throes of moving day confusion, answers the door with a picture frame hanging around her neck. The dumbfounded ladies give a completely garbled version of their program to their bewilderment and chagrin. Eventually they are all in ...


What does the Bible really teach about homosexuality? How can some Christians think it’s an awful sin and others welcome gays into church leadership? Sixteen-year-old Peter thinks he is gay, and he’s still hoping it’s not true, that no one will ever have to know he even suspected it. Peter’s father is the pastor of a church, his best buddy is the leader of the youth group. The world would end if they and Ashley, a girl who’s definitely attracted to Peter, found out. But bit by bit his secret leaks out, and then he isn’t the only one facing the dilemma of being gay and Christian. This play... 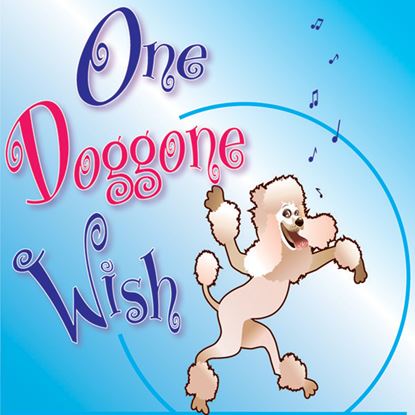 
Coco is a lovable French poodle who dies of a broken heart after being DOGNAPPED! Every pooch in doggie heaven gets one wish, and Coco’s wish is to return to school on the day of the mid-term dance. Her former owner, a teacher named Steve Ritter, taught Coco to “sing” and he planned to have her entertain. Coco was anxious to make him proud. Keeper, the basset hound in charge of such things, grants the wish but sends two other dogs to keep an eye on Coco as French poodles are inclined to be somewhat frivolous. The two other dogs are Alice, a blood-hound, and R...

4 w and the voice of Jesus.


Four Pilgrim women find their strength and faith fading as they face the incredible rigors of a harsh, wild, and unknown country known as America. Loneliness, despair, anger and fear are their constant companions. But when the women bow their heads in prayer and hear the voice of Jesus, they remember why they sought this country and give thanks after their first year in the new world. With minimal scenery, this chancel drama will enchance your Thanksgiving service.


A young assistant has been hired by an old keeper. It is the Keeper's dream to have the young man accept his offer to continue the tradition of loving care and the keeping of the priceless treasures found in the Master Room. The Keeper's last hope, for the future and a peaceful death, lies in the acceptance of his offer by the young man, who despises the room and job because it has restricted his ideal of life. Thus, in quiet desperation, the Keeper purposely activates the time lock of the vault door, trapping them for the night. He has one last night to conv...

For Women Play by Jan Guise and Jacqueline Moody


Hilarious and heartwarming, wise and witty, this vocal collage grabs your audience with fast-paced dialogue between three moms and their daughters. Perched on boxes at different heights, they recount their love and frustration with each other all through life, from the moment the daughters are born to their wedding days! And at each crossroad in life they say in unison, "You just don't understand!" Absolutely minimal staging, this high-spirited play is guaranteed to make your next Mother's Day program memorable.


Investigator Keith Schwartz has been sent to look into the alleged suicide of Mr. Nazareth, a patient at the Fallen Oaks Correctional Facility for the Criminally Insane. But there are complications: The body has disappeared from the morgue, staff and patients are hiding something, and even the head psychiatrist seems reluctant to talk. Schwartz interviews the patients to discover what really happened that night. This one-act, single set drama is both a whodunit mystery and a retelling of the gospel for a modern audience.

Prince Eugene and the Cinder Queen


Here’s the Cinderella story retold, with a little help from above! Overworked and derided by her stepmother and three stepsisters, kindhearted Cinderella can only dream of attending a ball at the castle. Suddenly her Angel Godmother appears, but she almost blows the whole fairy tale before the Godfather rushes to the rescue on his Zucchini 500. (There’s a shortage of pumpkins!) Prince Eugene dreams of finding an honest girl, but his eccentric fans make a nightmare of his party. His only hope is the sweet young woman who isn’t afraid to state her own thoughts....