Here is a lighthearted comedy about lonely millionaire Jonathan Bingsley whose life is turned upside down when, against his better judgment, he allows six energetic orphans to stay at his home. To complicate matters his long-time maid and butler disappear under mysterious circumstances. Jonathan's sister, Elizabeth, convinces him to use her lazy son and his wife as replacements with disastrous (and hilarious!) results. They do a terrible job keeping house and let the children run wild. So Jonathan is forced to hire questionable substitutes, who create chaos of their own.


A group of Sunday school students become trapped inside an arcade game called "Beat the Devil." Dart, the game's wicked custodian, has designed the game to attack their beliefs and assurances, keeping them off balance and ineffective as Christians. But the Word of God cuts through the confusion, accusations, fear, doubt and self-righteousness. In the end, the truth of the cross of Jesus Christ and His resurrection defang each vicious but impotent assault, bringing our friends safely into the light. This musical is a dynamic spiritual concept, where learning i...


This is a sensitive and insightful treatment of the boyhood of Jesus, a plausible near-history. The story centers around his family's trip to Jerusalem for the Feast of the Passover. On their way there Jesus performs a miracle, to aid another child, and the lonliness in Jesus' heart melts away with a new understanding of his place in the world. When the family arrives in Jerusalem, Jesus turns up "missing." They finally find him in the temple, instructing and amazing his elders with profound truth and insight. This is a moving and imaginative story with a lov... 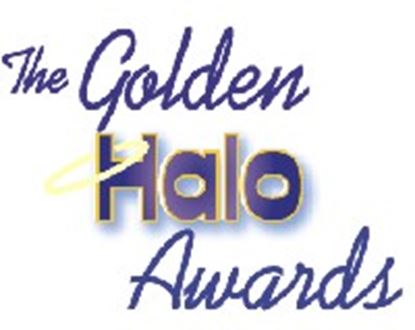 
It's an evening to rival the Oscars, the Tonys and People's Choice awards. It's a star-studded night for the first Golden Halo Awards. Well-known Biblical figures will be honored tonight for their important roles in the history of the Old and New Testaments. The Heavenly Hosts lead the audience through an evening of humor (and a unique reminder of Bible history) with an impressive list of presenters and nominees. Who will win the award for the Bravest Man, Most Notorious Woman or Lifetime Achievement Award? The highlight of the evening is your presentation to your Pastor, Sunday school...

Has The Trumpet Sounded?


It's a routine Sunday morning biblical radio discussion on the second coming of Christ ... until the radio audience confuses the broadcast with the real second coming! Soon, huge crowds of listeners overreact by flocking to the cemetery to be ready to wave at their love ones as the dead in Christ arise to go to heaven. The Mayor, who has declared a citywide emergency to deal with the crisis, joins the radio broadcast to help bring order out of chaos. After listening to the panel discuss the issue, the Mayor is converted on the air. She now realizes that most of the crowd gathered at the...