Mary had her simple life with Joseph all planned out, that is, until she had a visit from the angel Gabriel. He told her of the great honor that God was bestowing on her; she would be blessed above all women. Come along on Mary's journey to see what it might have been like for her. Sense her excitement as she visits Elizabeth and learns more about Jehovah and His awesome power, and experience her broken heart over Joseph's unbelief. After Joseph has a visit from an angel in a dream, he decides to take Mary as his wife straightway. When he and Mary confront he...


A troop of young angels are singing their rousing "Angel Flight Song" as the play opens. Some of the angels have questioned the wisdom of making their announcement of Christ's birth to some lowly shepherds rather than to somebody "important." Through the miracle of "Angel Vision," they are able to observe firsthand how four potentates (King Herod, the Roman Governor, the high priest, and a wealthy businessman) would react if their announcement were made to each of them. They gratefully announce Jesus' birth to the shepherds as originally planned by God and ta... 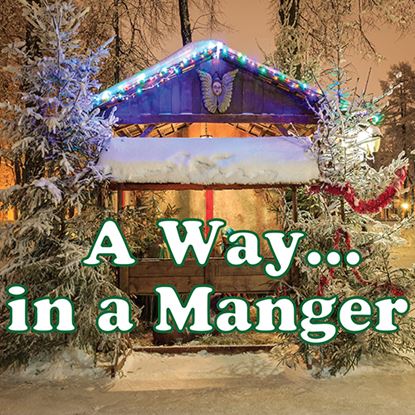 
The Thompsons like to celebrate Christmas and the birth of Jesus by displaying a nativity scene on their front lawn, much to the dismay of their homeowners’ association president, Mrs. Matthews. Citing "rule 763" she wants the display taken down – immediately! Mrs. Matthews gets her wish when she discovers that the Thompsons’ nativity figures have been stolen by local troublemakers. As Mrs. Thompson's oldest son Joey sets out to find the figures, he meets Maria, a troubled young girl who has wandered onto his yard looking for shelter. With the help of three w...

Angel in a Ball Cap


Little Peggy Angel, known around Heaven for always wearing a ball cap, is very shy. But when she learns that an upcoming audition for a heavenly messenger is open to all angels, she decides to try out. This is her chance to do something important and she’s both scared and thrilled about the opportunity. That is until another angel named Diva informs Peggy that she shouldn’t waste her time auditioning for something this significant. Peggy’s confidence is crushed and it’s up to her friends to encourage her to follow her heart and attempt to become involved in t...


Here are five Bible story skits that will captivate hearts, and because they are written in rhyme, it is super easy for young children to memorize their parts. Laughter will fill the air when your children perform "Noah's Zoo." At just the right moment, the narrator, perplexed and bewildered, recites, "By the time he was through, Noah had himself a zoo!" In "Daniel and the Friendly Lions," one of the lions stands and declares, "I'm certainly no dummy...This man, Daniel, doesn't belong in my tummy!" They will delight any audience - any day of the year.


All the children in your church can participate in this play which explains the nativity in a simple, beautiful way. Two youngsters, Sam and Lori, have brought their young friend, Terry, to their church's Christmas pageant rehearsal. When they open a gift box which contains items associated with the nativity - an angel, a doll, a toy lamb, a shepherd's staff, and others - Sam and Lori explain to Terry that these are the best gifts to receive. Scripture readings and carols by the other children enhance the explanations of the nativity and add beauty to the per...

The Christmas Carol - A Special Request 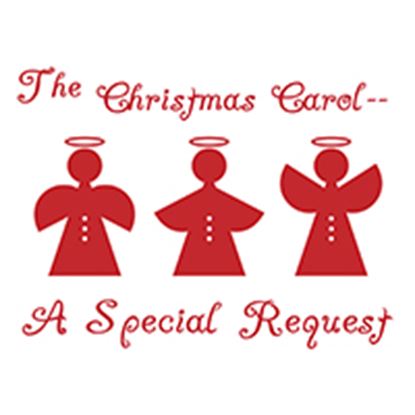