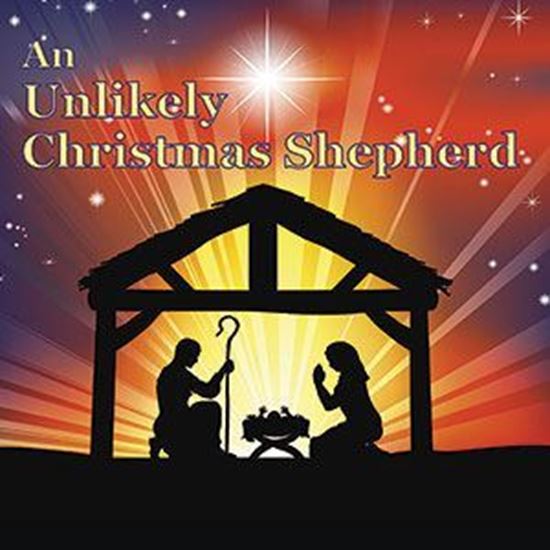 What do a robbery gone wrong, a case of mistaken identity, and a small church’s Christmas program all have in common? For thief Collin Evans, the opportunity to change his life. Collin and his brother-in-law Tim rob a toy store, and in desperation Collin has to hide the money in a nearby church—ironically in the manger for the upcoming play. The director mistakes Collin for a substitute actor and he must play along. But for this young father, angry since his wife’s unexpected death, a change begins to happen as he talks with the pastor and feels the warmth and care from others. But will Collin be able to retrieve the money without being detected? Does he even still want the money? What will others think of this "good man" when they find out the truth? The message of Christmas is made real as Collin comes face-to-face with the love of the Christ at Christmas. About 40 minutes.

I love writing, especially playwriting. Last year our church’s music pastor mentioned searching for a play. I felt the Lord saying, “You could do it.” When I first showed the script to our music pastor, I never thought he’d like it, let alone want me to perform it. It overwhelmed me when he said, this was the best play he’d read and he wanted me to direct it that Christmas. If you had told me that previous year I would present a Christmas cantata to a church of 600, I wouldn’t have believed it. We serve a God of wonders!

I have two favorite parts. The first one I knew from the moment I wrote the line. It comes in the scene where Jake walks Larissa home. She says to him, “We don't have to be what we set out to be. You know, directing the play, it's not just a Christmas thing for me. To me, every day is a play, a drama that we live. You and I, we're God's actors on this stage of life.” I love that line because that’s my motto as a writer and director. I am Larissa, and she cries out on stage what I’ve believed in my heart for so many years.

The second line comes when Brennan asks Jake if the thieves who robbed him know the peace of God, and Jake responds simply, “No, they don’t.” When the actor who played Jake said that line, he whispered it with a longing in his voice that, for an instant, made me believe I was hearing the words of an unsaved man desiring a relationship with Christ. It made me cry.

WHERE DID THE CHARACTERS COME FROM? ARE THEY BASED ON PEOPLE YOU KNOW?

While most of the characters are entirely fictitious, I did borrow heavily from my experiences as a director for Larissa Watkins’ character. Also, Pastor Richard’s salvation testimony is based on my father’s testimony. Hearing him recount it over the years-- it’s special to me-- I felt this was a perfect tribute to his numerous years in the ministry. Although Jake’s character is fictitious, the concept of a church that’s robbed at Christmas actually happened to my father’s church. I was a child when this incident occurred, but I never forgot the idea, and the Lord used it to help me create this plot line.

To me there is no greater joy than watching a person, especially a thief, accept Christ. Seeing the love of Christ transform someone who is totally bad into someone used by God is incredible. It really shows the power of God in a person’s life: power to change and power to forgive. It reminds us that we don’t have to be what we set out to be. God can change our lives if we’ll just let him. It’s a message of forgiveness and transformation.

I wrote this because the Lord asked me to write it. He guided my words, revisions, and staging. If you go into this play saying, “It’s just another Christmas cantata,” it will be just that. But if you go into it saying, “Lord, open my eyes and help me to grow through this experience,” He will make this unlike any production you’ve ever done before. People still come up and tell me that this play changed their lives. Ask the Lord to use you through this work, and all the glory will be His.