Elisabeth Van Etten – At twelve years old, Elisabeth began to feel the Lord directing her toward a future ministry in the Christian fine arts. She vividly remembers looking out her bedroom window at a field ready for harvest and feeling the Lord impress upon her the need for someone to use drama as a ministry opportunity. “Drama is an abandoned mission field,” she often says, “Many people who would never go to church would go to see a play. It’s up to us to use this field to show Jesus to others.” For the remainder of her junior high and high school years, she read drama books and attempted to write plays. By the time she graduated from high school, she had written nearly four plays, over a dozen short stories, and a few notebooks - full of poems and songs. In 2006 she celebrated two milestones: graduation from Bob Jones University with a BA in Creative Writing and winner of the Doris Fisher Harris Playwriting Contest at BJU for her one-act play "Sightless Vision." In 2007 she graduated from Pensacola Christian College with an MS in English Education. Elisabeth currently spends her time as an editorial writer, adjunct English professor, and mother. Elisabeth’s favorite Bible verse is “Choose you this day whom ye will serve . . . But as for me and my house we will serve the Lord.” This verse incorporates her lifelong desire to minister through Christian drama as a playwright and director to her theatrical house. She hopes her plays encourage Christians while witnessing to the lost. 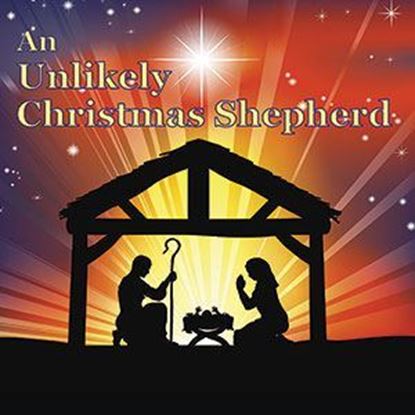 
What do a robbery gone wrong, a case of mistaken identity, and a small church’s Christmas program all have in common? For thief Collin Evans, the opportunity to change his life. Collin and his brother-in-law Tim rob a toy store, and in desperation Collin has to hide the money in a nearby church—ironically in the manger for the upcoming play. The director mistakes Collin for a substitute actor and he must play along. But for this young father, angry since his wife’s unexpected death, a change begins to happen as he talks with the pastor and feels the warmth an...