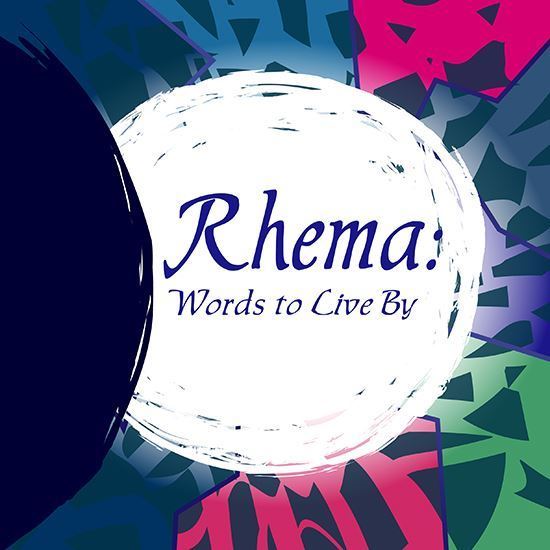 Rhema: Words to Live By

This dramatic presentation highlights the power of the spoken words of Jesus and the spoken promises of God. It uses the eloquence of figurative language and poetry to recreate the monumental events that capture Jesus’ last days on earth. Incorporating dramatic movement and hymns, an ensemble cast will take you full circle on a journey from when the Israelites were enslaved in Egypt to the Last Supper, a Passover celebration gone wrong. The imagery depicting the horrific death of Jesus will come to life, and in the final scene you will be reminded of His life’s purpose and the charge given to us through the Holy Spirit. The audience, knowing the Holy Spirit has come, will feel compelled to draw near to God and step into their calling. This show is presented with few props, no set changes, and constant action. Jesus is never visible in the production; only His voice is heard, causing viewers to use not only their ears to hear but their hearts as well. About 30-35 minutes.

Rhema: Words to Live By

Q: What inspired you to write this play?

Easter is one of the most important holidays and retold events in the Christian faith. Easter productions are often traditionally written and feature characters life Mary, Peter, and Judas. I wanted to create an abstract piece that moved away from the traditional. I wanted to used poetry and figurative language, which would appeal to a younger crowd, but could also lend itself to more expressive delivery of lines. Seeing each actor as a storyteller, the words tell the story, and the audience is drawn in first by their ears, then their eyes, because there are no specific characters.

Q: What's your favorite part or line in the play?  Why?

My favorite part of the play is when the storytellers being:

This portion of the play verbally illustrates the societal decline of Jesus. He was first arrested and then accused by religious leaders and scholars. The rumors and lies about him spread among followers to political officials. He was beaten, bruised and humiliated in public all before dying, and after his death, people whispered about who he was or cried because they had some revelation of who he was. This portion of the play and the monologues surrounding it allows for as much physical imagery as the director and cast would like to add.

Q: Where did the characters come from?  Are they based on people you know?

All the characters are biblically inspired. In any situation revolving around a martyr there are multiple opinions, viewpoints, expressions, questions, and reasonings. I wanted to capture a variety of positions and expressions of the same account, without drawing attention to any one main character. This is why most characters don't have a name but are refered to as narrator, storyteller, or ensemble.

Q: What did you try to achieve with this play?

The goal was to write a play that would stimulate the ears and eyes of the audience by capturing the words of Jesus, his followers, and his adversaries. The written word becomes the spoken word, or Rhema in this production. I wanted the audience to not just hear, but listen to what was said, and discover what message was really being conveyed by each character.

Q: Do you have anything else you'd like to add?

I want to thank God for gifting me to be a visual writer, in that I see each scene and the dialogue between the characters playing out in my minds eye before I write the script. I attribute this skill to the foundation of my success as a playwright and director.