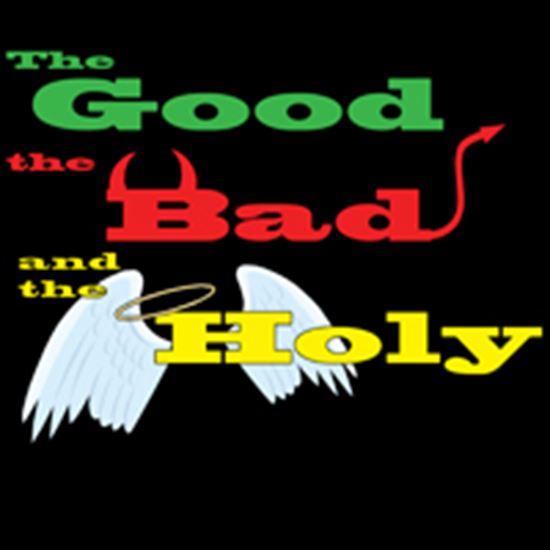 Four strangers arrive in the little western town of Larrabie, Texas. One is a gunslinger looking for the man who shot his pa, another is a gambler looking for some action, the next is a snake oil salesman who promises to have anything anyone could ever need, and lastly is a preacher who offers the word of God. What follows is one of the most curious bets the gambler has ever seen, pitting the salesman against the preacher in a high-stakes game where lives – and souls – are on the line. With a loveable bunch of characters, from Liza, the soiled dove, to Old Sue, the hapless prospector, this play will make you laugh, cry and perhaps even learn a little bit about finding help in the Bible. Performance time: 80 minutes.

THE GOOD, THE BAD, AND THE HOLY

We had been doing dinner theaters at our church for a couple of years, and served spaghetti at one of them. I thought we could do a Spaghetti Western (the original title of the play) and serve spaghetti to the guests. What Spaghetti Western is more famous than “The Good, the Bad and the Ugly”? I started thinking about the three character types in the title and religious solutions to their problems. At that point I started writing and the words just seemed to flow. After a few hours the play was pretty much written. Later, I put in the surprise ending and additional characters. I knew after the first draft that it was by far the best play I had ever written, and that I had a little assistance from above. I know I am just the pen, and that any writing that is good and inspirational comes from the Lord.

WHAT'S YOUR FAVORITE PART OR LINE IN THE PLAY?

The part where Tom refuses to loan Chuck money to get his medical bag back from the pawn shop…because Tom already got it back for him. The reason I like this part is because it shows how each of us can help the Lord perform miracles if we just learn to believe in each other and the Lord and act upon our belief. We are the hands and feet of Christ, and if we are expecting the Lord to perform miracles, we must remember that we should be ready to be the ones he uses to perform them.

WHERE DID THE CHARACTERS COME FROM?

The characters are based on typical western type characters, with the understanding that we (even the bad guys) are all human and have human motivations. Why does the drunkard drink? Why does the prospector search for gold? As C.S. Lewis said; “Everyone is trying to fill a void in their life that only God can fill.” In my plays there are no bad guys, just lost sheep. All the characters were written with that in mind; not the stereotypical gunslinger or saloon owner, but humans, sinners, trying to find something to ease their suffering.

Originally I just wanted to deliver an entertaining script that the church could use to raise money for missions. After writing it I found that it was a blessing to all involved, including me. I guess I exceeded my expectations.