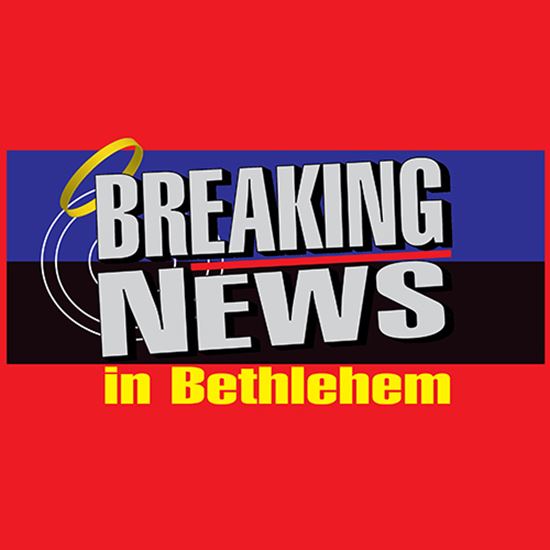 The all angel news team of ANN, the Angelic News Network, are reporting the evening news. Tonight’s top story is the census. Gabrielle is working to keep everyone on schedule, Seraphima is maybe a little too relaxed for being on the air, Sandy Storms doesn’t have much to report on the weather, and Angel-on-the- Scene is interviewing an innkeeper about the increased business. Then Joseph and Mary arrive, and a bigger story begins to unfold before everyone’s eyes. It is not the story the angels expected to report, nor did it occur where they expected to report it, but it may just be their biggest story ever! About 25 minutes.

JODY HAIGHT TALKS ABOUT HER PLAY

I had directed several plays with the children of our church and struggled to find one appropriate for the age group I worked with that would be fun for the kids as well as the audience. I threatened our music/arts director Lucinda Nelson that I would write my own and she held me to it. This play is the result.

I like Mary's tirade because I felt she was more of a typical, very-expectant mother than most depictions of Mary tend to be. I also grew to like Shepherd 3 who was not originally quite as obnoxious. My son portrayed the character, and one day I had him hold my phone during rehearsal because he was distracted and needed something to keep him focused. He started playing with it as a camera, and the role evolved.

The characters were created based on the personalities of the children I worked with. As I had kids with Aspergers, ADD, and Dyslexia, as well as kids who refused to memorize lines, and a few future Broadway stars, I tried to create a play where everyone could have a decent amount of lines that would hold their interest. This was an exceptional group of talented young people without whom this play would not exist.

I wanted to write a good Christmas play that was humorous without being overly silly, that spoke to the kids who performed it as well as the adults who would be a captive audience, and gave a message from a different perspective than most other Christmas plays. I took this as a challenge as the Christmas story has been told so many times, I wanted a play that would not be your typical Christmas tale.

I hope everyone who performs or watches this play has as much fun with it as we did creating and performing it.