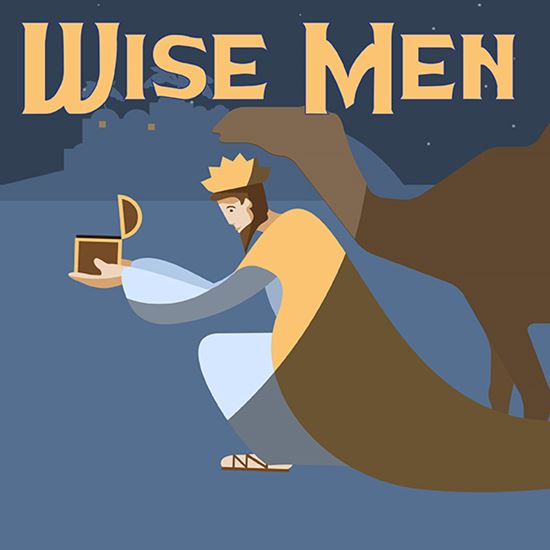 Something is wrong with Melchior, and it is driving Balthasar insane. Ever since Melchior went to see the baby, he has changed. After a long journey with his fellow magi travelers, Balthasar wants to experience what happened to his friend as he impatiently waits for the third companion to finish meeting the newborn “King.” And what could be more peculiar than the bright star shining above them against the dark night? Finally Melchior explains: “You will walk in with your gift and your prepared speech. Then you will see the babe and everything will change. It will feel like your soul is leaping out of your body toward this Jesus. Your gift will drop to the ground and so shall your knees. You will gaze at him awestruck with your mouth open, and all the words that you intended for him will turn into tears.” About 45 minutes.

During a college worship event, a random girl came up to me and said she wanted to pray over me. As we prayed, she saw an image of a star. This became the creative spark for the content of Wise Men. Originally, this was going to be a short skit done at a church party. The party was eventually canceled but I liked the skit so much I kept writing and turned it into a play.

"He wants more than your stupid myrrh!" Often I have fallen into the pattern of believing Jesus cares more about what I can do or "present" to him and forget that he loves me as I am.

I wanted the two magi to contrast each other. Melchior receives the revelation of the Crucifixion and his character embodies this. Balthasar receives revelation of the Resurrection and his character embodies this. Both have an incomplete understanding of the Gospel and their flaws are evident. It is only when they start working together that they begin to understand the full picture as well as each other.

Since the beginning, this play has been a vehicle which the Holy Spirit has full permission to move through. My prayer for audiences is that when they see "Wise Men" they not only walk away entertained but that they came to an encounter with Jesus through this show.

Don't be afraid of the pauses. In this play, the silences are just as important as the dialog.