Rick Davis has written 42 plays: six full lengths, 13 children’s musicals, 23 one-acts.  All except his full length, The Morphology of the Human Foot, have been performed, some in NYC, some in LA, a few in Europe, and all in theatres across the country. Ten have been published and more than half have won awards. Most recently his full-length, Behold a Pale Ryder; a 10 minute piece, “Joseph Receives Unsettling News;” and his one-acts, “The Naked Man on the Couch,” “The Audition,” and “Lucille flirts With the Space-Time Continuum” were published. Also, “Joseph Receives Unsettling News” was produced in NYC as part of the 2017 Midtown International Theatre Festival, and another ten-minute piece,  “Driver’s Side,” was work-shopped and given a staged reading at the Association for Theatre in Higher Education (ATHE) Conference in Chicago the same year.  ATHE also produced another 10 minute piece –“Dancing with Johnny DeMarco” -- last summer (2019) at their conference in Tampa. His one-act with a rather inelegant title -- “Two Assholes on an Elephant” – just closed in the Black Box New Play Festival in NYC.  Another one-act, “Lucille Flirts With the Space-Time Continuum,” ran all summer in Atlanta as part of the Theatre-To-Go Summer Loving Festival.  A short play, “Kismet for Marshmallows,” was just accepted for production by Le Chat Noir. 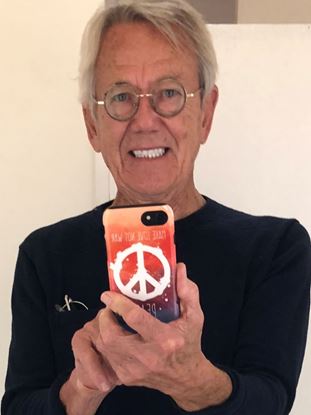