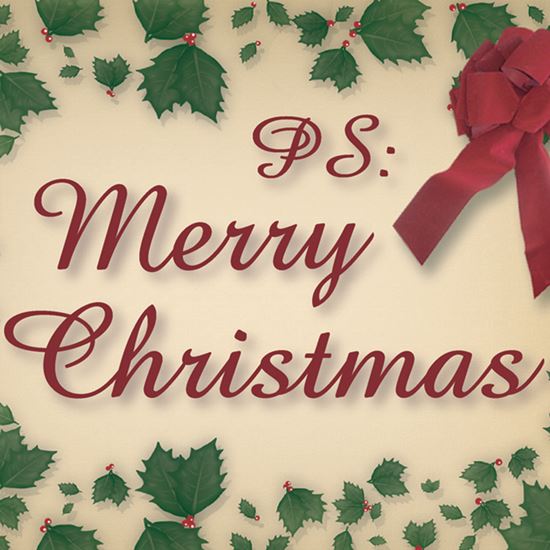 Karen Brookshire loves writing Christmas letters. Not so her family - they'd much rather dive behind the couch. With a boy-crazy daughter, a smarty-pants son and a klutzy husband she has her hands full. So Karen has to write their Christmas letter by herself recalling such events as their daughter's first date, which unfortunately occurred at the same time as two overly-adoring aunts were visiting, and their son's high school graduation where he not only won the embarrassing "Perfect Attendance Award" but also found out that he would still be living at home. But the more Karen writes, the more her imagination soars. She even pictures the rest of her family pulling a "Mission Impossible" to get rid of the letter. Full of humor and poignant memories, this theatrical greeting card brings home the true meaning of family, of tradition and, of course, Christmas itself. Full evening. Ideal for community theatres.

Q.WHAT INSPIRED YOU TO WRITE THIS PLAY?

A. I was inspired by an idea from Nancy Vorhis, my editor at Eldridge. However, once I got into it I recalled a lot of Christmas letters that I had received in the past and the rest sort of wrote itself.

Q. WHAT'S YOUR FAVORITE PART OR LINE IN THE PLAY? WHY?

A. This is a tough call for me. If I had to choose, though, it would probably be the anniversary dinner. SO much of that one is actually based on fact. My wife and I were married on a Sunday by a Justice of the Peace who DID say he had to come in anyway to fill out arrest reports.

Q. WHAT WAS THE MOST DIFFICULT PART IN CREATING THIS WORK?

A. The most difficult part was keeping the show '"Christmassy." Most of the letter takes place during a whole year - New Year's day, summer vacation, Halloween and so on. However, with the help of the character of "Gramma"I was able to keep a yuletide flavor all along, I believe.

Q. WHAT DID YOU TRY TO ACHIEVE WITH THIS PLAY?

A. I wanted to show the whole family, each with their own lives and how they worked as a complete unit when push came to shove. Also, I wanted to show that, while they all may disagree from time to time, they could still find the humor in the situations.

A. I had great fun writing the play and drew quite a lot from my own personal experiences. I mean, aren't those just the best ever?