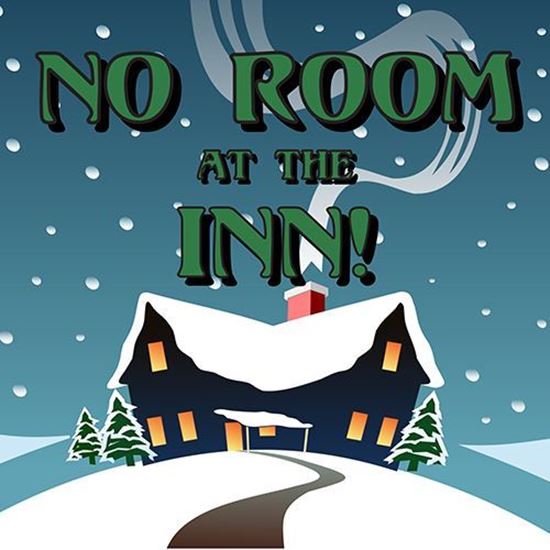 Starlight Inn, a small, quaint hotel with a lot of charm, but not a lot of guests, is struggling to make ends meet. In fact, business has been so bad that on this snowy Christmas Eve, Emily, the owner, has decided to finally break the bad news to the staff: The inn will be sold to a local condo developer and torn down. As they lament the impending doom of their beloved hotel, a major snowstorm hits, forcing travelers to seek shelter. Suddenly, the hotel has several guests: a newlywed couple; a Hollywood diva and her entourage; a traveling church choir; a rock band; a weary family; and a group of business travelers. The klutzy and comical bellhop, Baxter, frantically tries to get all the travelers settled, while Chef Vicki works on a new menu fit for a picky Hollywood star. But when a sudden power outage deprives everyone of modern conveniences, Emily realizes that while she won’t be able to join her family in church to witness the story of the Nativity, the story of Jesus’s birth may have found its way to her instead. About 55 minutes.

NO ROOM AT THE INN!

I was inspired to write this play after watching our church drama group perform our Christmas play last year and seeing how much the kids loved performing a comedy.  The audience loved seeing the kids acting out goofy characters and saying funny lines and I began to wonder if there was a different take on the classic nativity story that would suit a larger drama group and provide them with some zany characters and humorous situations.  Right away the idea for an overcrowded inn on Christmas Eve was born.

My favorite line of the play is probably when Nancy Shepherd, having just returned from the spa, encounters her husband.  He has just been caring for the kids all day and is understandably frazzled, yet his wife is calm, cool, and collected.  He asks her, “Who are you?  And what have you done with my wife, Nancy.”  Her response, “She went to the spa, Jim dear.  She went to the spa,” cracks me up every time.  I think it’s my favorite line because I’m a mother and have definitely had those days where I feel exhausted.  And who doesn’t love going to the spa!  On a more serious note, I also like the part when Baxter highlights how each of the guests were actually, in a way, part of the nativity story itself or at least part of bringing the nativity story to the Starlight Inn.  Even though it is such a wonderful and magical story that we all know and have heard for years, I think that highlights how this miraculous event happened to a group of people, not unlike you and I, who put their faith and trust in God.

I decided on the characters based primarily on who might be traveling on Christmas Eve, and which groups of people are typically hotel guests.  I chose newlyweds, celebrities (with their entourage, of course!) a rock band, a large family, and some businesspeople.  I often add a choir to my Christmas plays to allow there to be an inclusion of a children’s choir from the church or school.  It also allows for a few characters with one or two small lines in case a church or school has smaller children who would like to participate.  Some of the other characters like Chef Vicki or Baxter were just other zany characters who I thought would provide additional comic relief.

With this play, I wanted to provide a modern day setting that helped tell the nativity story in a new and fresh way.  I wanted it to have a large cast, with opportunities for everyone to shine, and maybe to get a few laughs.  I wanted the play to have a lot of humor, but more importantly, I wanted it to have heart, and to convey the true meaning of Christmas in a way that today’s audiences can understand and enjoy.

I just want to say thank you to any churches, schools, and theaters who consider performing, “No Room at the Inn!”