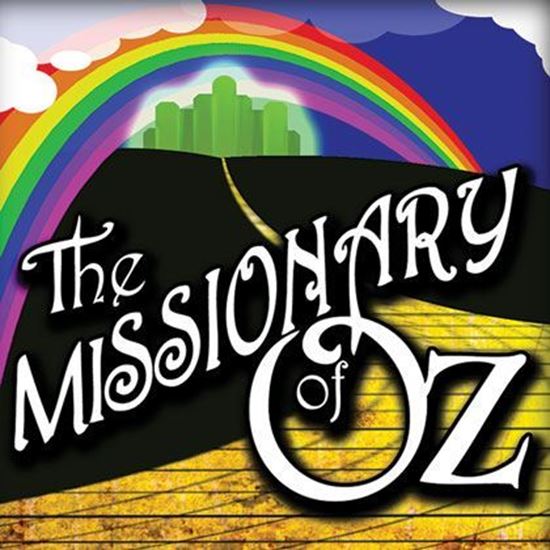 This stage adaptation of Frank Baum’s original story is perfect for churches and Christian schools. Dorothy, a teenager in Kansas, just isn’t interested in church anymore. In fact, she’s trying to determine what she really believes. Then in a dream, she finds she has been sent by God to a strange land, Oz, to be a missionary. Convinced she cannot accomplish the task, she is encouraged by Glinda the Good to seek the assistance of the Great Missionary in the Emerald City. On the way, she encounters three familiar characters who are also failed missionaries because of their doubts: the Scarecrow because he felt he wasn’t smart enough, the Tin Man because he wasn’t loving enough, and the Cowardly Lion because he wasn’t brave enough. However, as they share Christ with Evillene, the wicked witch, Dorothy realizes her own need for Christ. In the end, they find that the answer was in God’s Word {2 Timothy 1:7} all along: “For God has not given us the spirit of fear, but of power and of love and of a sound mind.” About 90 minutes.

“The Missionary of Oz”

WHAT INSPIRED YOU TO WRITE THIS ADAPTATION?

In my freshman year of Bible college I had to present a brief sermon. I used a point that I had previously communicated to my youth group prior to leaving for school. My text was 2 Timothy 1:7 and my chief illustration for that sermon {the character struggles of the four main "Oz" characters} was ultimately the seed of the script.

I've always gotten a kick out of watching the interaction of Scarecrow and Tin Man after they first meet the Cowardly Lion. Their unison line in Act 1, Scene 5 {"Right. Right."} is very sarcastic and hilarious to watch, especially as we had them making an "OK" symbol with their hands and winking at each other. I have directed this show many times and have also played both the Scarecrow and the Great Missionary. I'd have to say I rather enjoyed the constant movement and the energetic wit of the Scarecrow.

WHAT WAS THE MOST DIFFICULT PART IN CREATING THIS ADAPTATION?

The familiarity of the story and the characters was a challenge in some aspects, but also a benefit. Since 1939, people have enjoyed these iconic characters. It was fun to make them a bit different while maintaining some of the original charm.

WHAT DID YOU TRY TO ACHIEVE THROUGH THIS ADAPTATION?

The main point is the truth of 2 Timothy 1:7, which has always been a favorite verse of mine. As a very shy kid who came to know Christ at the age of 12, I clung to the truth of this verse. I want others to understand the fact that God has given us a spirit of "power, and of love, and of a sound mind {self-control}."

Have fun with the comic relief provided by Addaperle; tap into the slightly sarcastic wisdom of the Scarecrow, and bring the Cowardly Lion to life with the same energy as Bert Lahr in the original movie. Have fun and communicate ageless truth!