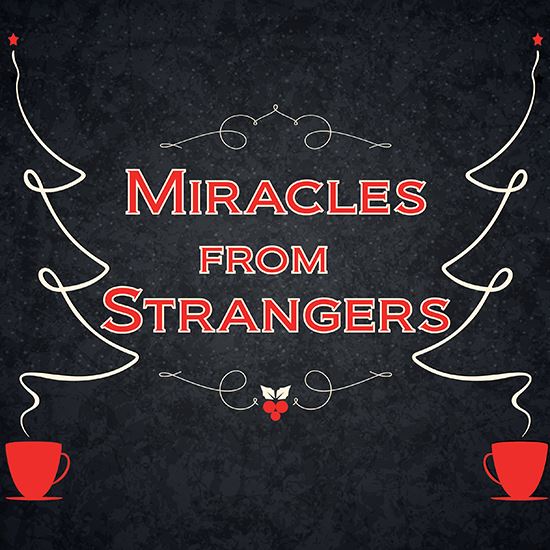 In 1933 the Depression had taken the merriment from the holidays. After a private party cancels, diner owner Mabel decides to stay open on Christmas Eve. That’s a good thing for a gangster, two thespians, and an out-of-town couple who wind up in a small diner just to get out of the cold and warm up with a hot cup of coffee. But when an inept robber takes them hostage these strangers find a Christmas miracle. This heartwarming holiday comedy tells an offbeat story of down-and-out strangers discovering the joy of Christmas at gunpoint. About 45 minutes.

PLAYWRIGHT JAMES A. GUSTAFSON TALKS ABOUT HIS PLAY

A: At first, I wanted to write a madcap comedy with an eccentric cast using the fun colorful language that was popular slang at greasy spoon diners of the past. However, I couldn’t come up with the right story line to propel the clever words. When this happens I just start writing and “let the characters tell me the story they want to be in.” I let the characters dictate and I just transcribe. That’s what happened with this play and the characters decided they wanted to go down a different path.

A: I like the part when Jolene scolds Pug for criticizing Stanley for not having a plan by saying Stanley feels bad enough without Pug rubbing it in. It just it seemed like something Jolene would say even though the circumstances and timing was a little odd.

A: The characters were not based on anyone. I just let them converse with each other and develop their own personalities through their dialogue.

A: I had no grand goals. I just wanted to put nice good people on the stage for the audience to enjoy.

A: With so much incivility and mean-spiritedness in politics and on the news, I wanted to provide the audience with a few people in a world where kindness and respect mattered.