Mike studied theatre arts with an emphasis on acting at the University of Wisconsin, Platteville. His professional acting credits include seventeen seasons of regional theatre, thirteen of those with either the Wisconsin Shakespeare Festival Theatre Company or the South Dakota Shakespeare Company, where he also taught play writing workshops for youth. Mike has been the recipient of numerous directing, acting, and writing awards. In 1990 he was recognized for his contributions to the arts in secondary education by the Southwest Wisconsin Educational Alliance. Mike is a nine-time winner of the Wauwatosa Village Playhouse’s One-Act Playwriting Competition, a competition for Wisconsin writers, where his play, The Runaway, enjoyed a three week run in 2015 and was voted favorite script and favorite production. A U.S. army veteran, Mike’s Vietnam agent-orange drama, Who Said Life Was Fair, won the 1995 Wisconsin Section of the American Association of Community Theatre’s AACT-FEST Play Competition and was a runner-up at the Region III level. The author of over fifty plays, Mike’s works have varied from adult Vietnam War dramas to teen awareness plays and Shakespearean spoofs. He currently has thirty-five plays in publication. His plays have been presented throughout the United States, Canada, Australia and numerous international schools. Many of his teen awareness plays have received awards in high school play contests. Mike has worked as a high school drama director and was the Artistic and Technical Director for the former Main Street Player’s Theatre Co. of Galena Illinois. During his career, Mike has directed over one hundred plays and presented workshops on set and light design, directing and play writing. Mike and his wife Sandy, split their time between their hometown of Platteville, Wisconsin and their winter home in Fountain Hills, Arizona. 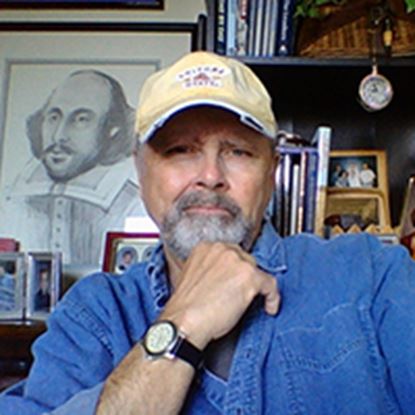