ROBERT KINERK (far left) is the author of seven picture books including the popular Clorinda series and the well-received "Bear’s First Christmas." The first play he wrote, a musical melodrama for his hometown in Alaska, Ketchikan, has been produced every summer since 1966. He was born in Seattle, grew up in Alaska, and has lived in Maine, New Hampshire, and Massachusetts. From the home in Cambridge, he shares with his wife Anne Warner, he travels to visit children and grandchildren and to keep up on the doings of his six brothers and sisters.

STEPHEN MURRAY is a composer, lyricist and playwright who has been a Performing Arts Educator since 1985. Steve's plays and musicals have been produced throughout the United States as well as in Canada, Germany, South Africa, Malta, The Netherlands, Australia, Singapore, Japan, and China. Some of his award-winning titles can be found in the Eldridge catalog. "Musical! The Bard is Back!" was the 2000 winner of the Columbia Entertainment Company National Playwriting Contest, the first musical ever to win the award. Two other Eldridge titles have also been recognized by the CEC Contest, "Mother Goose, Inc." and "The Universe and Other Stuff." Steve has a Doctorate of Musical Arts from Boston University. By day he is a humble music teacher, but by night, you may find him performing on various stages in Massachusetts. 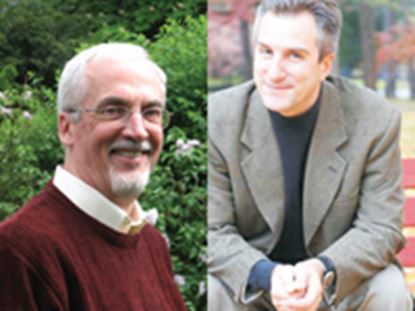