Ken Cooper received his graduate degree from Pittsburg State University in Kansas. His 35 years of teaching instruction include instrumental music in the public school and twelve years at Graceland University in Iowa. He is presently retired and lives in Tucson, Arizona with his wife, Shelly, who is on the music faculty at the University of Arizona. While teaching, he composed a large number of instrumental, choral and keyboard compositions. Now retired, he has more time to arrange and compose, so has added many more pieces to his repertoire. He enjoys visiting elementary band programs to demonstrate the process of composing. He often uses a student's phone number for a theme and then explains how to manipulate the theme and add harmony. He then arranges the ion for the band to perform on their next concert. His commissioned works include writing for many churches, the Kansas City Symphony, and Adventureland Amusement Park (Des Moines, Iowa). He also has written over 80 hymn arrangements that are distributed to a worldwide church piano club. The most satisfying compositions he has written are in the musical Joseph's Son, with author Bil Rodgers. 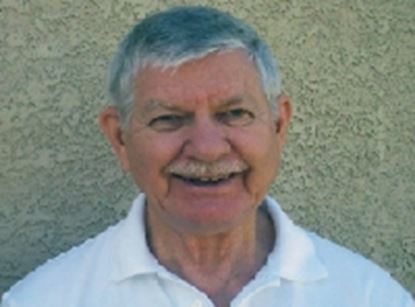