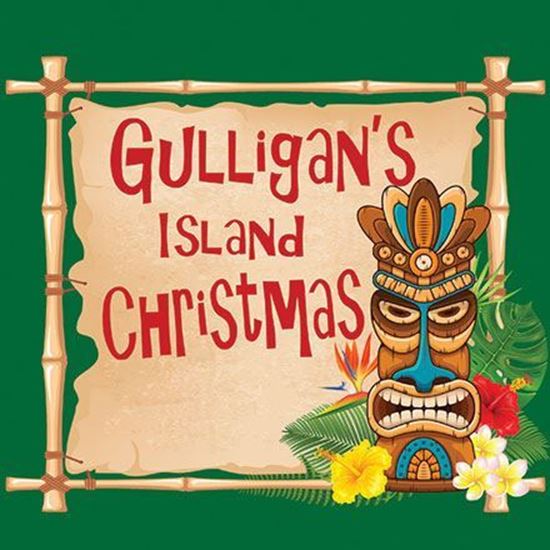 Just sit right back and you’ll see a tale of a fateful trip, with seven familiar passengers, but with a few new twists! Join Captain Clipper; his first mate Gulligan; the billionaire Houston Powell and his wife; the movie star Scarlett Rooney; the dean; and the sweet farm girl Kari Ann Winters in this parody full of laughs and adventure. The castaways have become stranded on a deserted island with no cars, no lights, not even Facebook! What may be worse than the lack of comforts is the sad fact that the marooned passengers are unable to celebrate Christmas properly. How can you decorate a palm tree? Can you achieve a white Christmas with sand instead of snow? Are coconuts useful for making eggnog? These questions leave the castaways wondering… what makes Christmas “Christmas”? The arrival of a new castaway might hold the key to their rescue, however, strange messages are left in the sand, leaving the castaways anxious and wondering about who wrote them. As they search for a way off the island, they find a truer path, and the retelling of Christ’s birth is told by the most unlikely of sources. About 80 minutes.

A: I'm a huge fan of the Gilligan's Island show and grew up watching the reruns as a kid. I would come home after school and it was on tv. The classic show has stood the test of time and I think that is because we all ask the question, "What would it be like to be stranded on an island?"

A: The fishing scene in the opening and the Wondian's presentation of the gospel message. Because the message of the gospel can be presented by any culture and easy enough a child can grasp it. Plus I loveflannel graphs.

A: The characters are parodies of the Gilligan island castaways. While they are based on parodies from Gilligan's island many are influenced by friends and family.

A: I believe we all need a good laugh and that entertainment can be uplifting and great tool to spread the gospel message.

A: The play is a parody of the Gilligan's Island show. The more you can imitate the idiosyncrasies of these characters, the better it will sell. However, with that said, the play is written to stand on its own without anyone ever seeing Gilligan's Island.