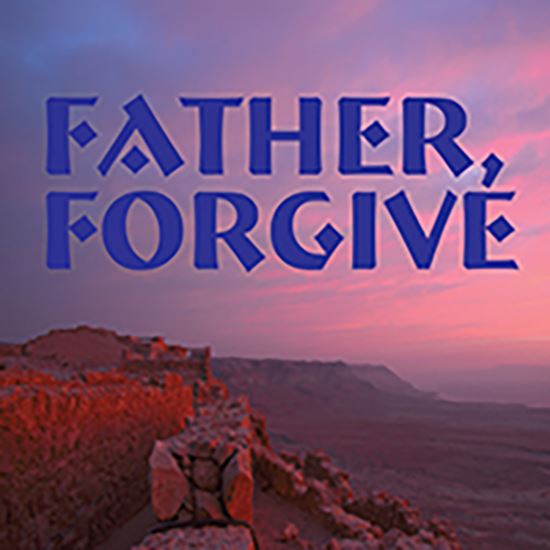 Thirty-three years ago, a group of six soldiers, under orders from Herod the Great, entered Bethlehem. When they left, seventeen small boys were dead. One of the fathers, Simeon, tried for revenge, killed three of the soldiers, and has languished, forgotten, in prison since. Now, the last living soldier, Jeremiah, is a powerful judge in Jerusalem. His enemies want rid of him, and when they learn of Simeon, it seems the perfect solution to their problem. They release Simeon and send him after Jeremiah. Meanwhile, Jeremiah's teenage son, Reuben, wants to follow the maverick rabbi, Jesus, and when his father tries to stop him, Reuben leaves home. On the night Jesus is arrested, Reuben finds himself caught up in the chaos on the streets where Simeon encounters him and sees the perfect revenge— he will kill Jeremiah's son before he kills the man himself…

I was sitting in church just after Christmas, listening to the sermon, which was on the wise men and their visit to Herod, and the way Herod acted when they didn’t come back to him. It suddenly struck me that the attitude of most people was, “Yay! The infant Jesus escaped the evil Herod’s clutches.” And I thought, yes, but the other children didn’t. From there, I found myself wondering how I would have felt if my child had been one of the babes killed. And then I wondered how it might have affected the soldiers, too. After all, they were just as human as the parents. After that, I began to wonder how it would have affected both sets of people in the long term. And, over the next few days, the wondering took shape and began to nag at me, and “Father, Forgive” was born.

The scene where Jeremiah gives himself up to Simeon to save Reuben was one of the first parts of the story that came to me. From that scene, the rest of the piece grew and took shape, really. It was very vivid in my mind from day one. I think it was the fact that both men were doing what they could for their children, one trying to avenge them, the other trying to save his son. As a parent, I could see myself taking on both roles. But then I realised that, actually, God did not step in to save His son, nor did He avenge him. I really wanted that difference between us and the Lord to come through in the scene. I hope it’s as powerful to others as it was in my mind’s eye.

3. Tell us a little about the characters.

I firmly believe that people are people, no matter which country, race or century they hail from. Therefore, the characters from 1st century Israel will react in remarkably similar ways to those from 21st century England or America when it comes down to it. So I just look around, ask myself how people would react in this or that situation and go from there. I think writers have to be students of psychology to a certain extent.

On the whole, I don’t think the characters are based on individuals I know, although there’s a lot of my father in the way Jeremiah behaves towards his family, his subordinates and the people he serves. Dad was a very honourable man, as is Jeremiah, his past notwithstanding. Of course, my father never committed an atrocity, but if he had hurt someone, I believe it would have haunted him the way the massacre haunts Jeremiah.

As for Simeon, I knew he had spent thirty years in prison. Prison is tough and to survive people have to become hardened, so his character needed to reflect that. He is bitter, and he says very little at the start of the play. He sets out to hurt his wife with what he does say. He’s also not been able to grieve, because he hasn’t let go of his anger and hatred. Until he does that, he can’t heal.

Abigail is like so many wives. She is loyal to her husband even when he is wrong, she acts as his voice of reason but doesn’t walk away when he won’t listen to her. And she suffers for his action. Hannah’s less submissive, but in the end, she too, is giving for her family.

Micah is a born politician. And Eli is willing to do his bidding for a piece of the pie.

Of course, the man who killed other people's sons had to have a son himself. Jeremiah needed to be in danger of losing that son in the vein of "an eye for an eye". Which meant the son had to be young enough to still need his father's protection and old enough to place himself in danger. To me, that meant he had to be a teenager. I remember the idealism of youth when we have all the answers and our parents know nothing, they don’t understand us… and we kick over the traces trying to make sense of the world around us. At the same time, we are too trusting, not having the experience to be anything else, and we leave ourselves vulnerable. Plus, the new generation brings hope and healing and a new perspective precisely because they don't carry the baggage of history that weighs down their elders. That's why Reuben is able to accept Jesus so wholeheartedly, and why he answers Simeon's question ("Have you done what is just and right?") truthfully, even though that truth may see him killed.

First and foremost it is a Christian play. I hoped to show that, no matter what we do, God will forgive us and bring us back to Him. And no matter what we do, we cannot derail His plan, for the world, and for ourselves. Jeremiah has committed crimes against babies, the most vulnerable members of society. What he has done would be, to many – most – people, unforgivable. Yet even with what he has done, God loves and forgives him. If He can forgive Jeremiah, then there is NOTHING that He won’t forgive.