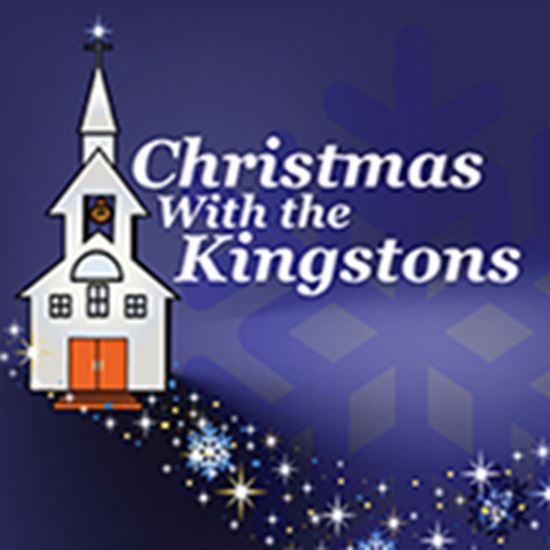 Christmas With the Kingstons

Mark Kingston has been pastoring the same church for seven years. This particular year has been a stressful one. His kids want him to find a new job, his wife is trying to lead every program and ministry herself, and his congregation has an opinion about everything! One day, Mark wishes his life were “normal,” that he didn’t have the stress of being a pastor. When he wakes up, his wish has come true. Will Mark’s new life be easier having a typical job, or will he discover that his old life was exactly the way it should be? About an hour.

Amber and Adam Herring Talk About

“Christmas With the Kingstons”

AMBER: I’ve always enjoyed writing, but never thought I would actually write an entire play, much less have it published. I feel that every play I’ve written has been God-inspired. Being in ministry myself, I know how stressful and chaotic Christmas can be, so as I was throwing plot ideas around in my head, I wondered what Christmas must be like for a pastor and his family with all the church functions and events taking place. What if a pastor could see what his life were like as a “normal Joe”? The play just grew from there.

ADAM: I’m an English teacher, so of course, I love to write. When my sister began writing this play and asked for my help, I jumped “write” in. (Ha! -- I love puns.) I liked being able to adapt the characters to people I knew would most likely be playing the parts. It made performing the play for our church more natural.

Q: WHAT’S YOUR FAVORITE PART OR LINE IN THE PLAY? WHY?

AMBER: I love the character of Bridget. She cracks me up! I actually got the privilege of playing Bridget in our original production, and it was a blast. My favorite part was when Bridget runs out of the church service screaming like a banshee. I barely made it through that scene. I love how crazy and ditzy she is. I still giggle when I think about it.

ADAM: My favorite part is when Angela first makes an appearance as an angel simply because every time in practice, the girl playing the part of Angela would act as if she were flying when she came on stage. We would always get tickled during practice when she did it.

Q: WHERE DID THE CHARACTERS COME FROM?

AMBER: As I was writing, I tried to match characters with the personality of who I thought would be playing that part from our drama group. Although I played Bridget in the original performance, I am not that dumb. I also have not met anyone quite that ditzy, so she was definitely NOT inspired by anyone in particular. I like to think that Angela’s wittiness and spunk is based on me. We’re both sarcastic and have the same sense of humor, but other than that, the characters were just born in my head.

ADAM: I like to think that I based the characters and their personalities off of different people that I’ve met over the years, and some of the events from the play came from things I’ve seen take place in church and other places.

AMBER: My goal was to make people laugh while also sharing what Christmas is really all about. I wanted to encourage the audience to develop a deeper and more meaningful relationship with Christ. I know how stressful Christmas can get, and I wanted the audience to forget all of their problems for an hour and just enjoy themselves.

ADAM: I wanted to make people laugh while also displaying a positive Christian message that would change people’s outlook on Christmas and the calling that Christ has put on their lives. Too often we get caught up in the commercialism of Christmas that we forget what it’s really supposed to be about.

Q: DO YOU HAVE ANYTHING ELSE YOU’D LIKE TO ADD?

AMBER: When performing this play, find time during practice to talk to each other and get to know each cast and crew member. This develops a good camaraderie among the cast, which makes the practices more fun and entertaining.

ADAM: I hope everyone enjoys this play as much as we did. Just remember that if it affects one person, all the time and effort put into the performance is worth it.