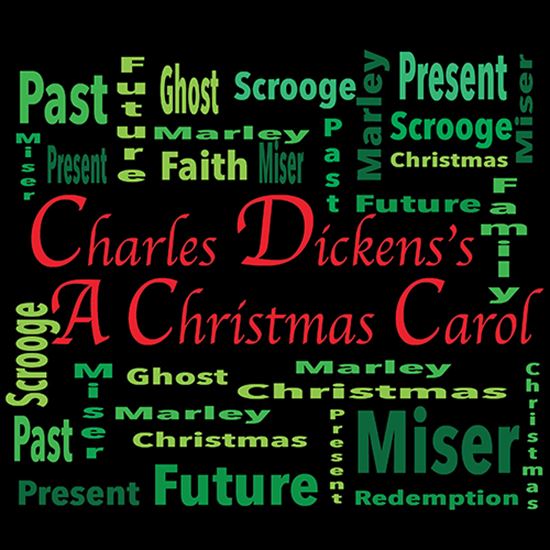 Ebenezer Scrooge is a cold-hearted miser, choosing to spend Christmas Eve alone instead of with his cheerful nephew, Fred. That night, he is visited by his old colleague, Jacob Marley, who explains that three ghosts will come. After seeing his Christmas Past, Present, and Future, Scrooge awakens with renewed faith. In his redemption, he embraces family and friends and gives generously, forever changed. Following the story of Charles Dickens’s "A Christmas Carol," this unique version incorporates singing narrators, traditional carols, and continuous action on the stage. A flexible cast size and ease of doubling can accommodate between 14-36 actors. Full evening.

Q: WHAT INSPIRED YOU TO WRITE THIS ADAPTATION?

A: In this case, necessity was the mother of invention. The Theatre for which I worked had a talented pool of singers who we needed to showcase, so I created an adaptation that featured a group of singing narrators.

A: The narrator's line near the end of the play. In reference to Scrooge following his transformation: "It was if he had been reborn". That's the beauty of life - it never seems to be too late to make a positive change.

Q: WHAT WAS THE MOST DIFFICULT PART IN CREATING THIS ADAPTATION?

A: The first draft of the adaptation was probably close to three hours; there was just too much in it that I didn't feel like I should cut. Ultimately, I like the length it is now but it was tough to lose any of Dickens' words.

Q: WHAT DID YOU TRY TO ACHIEVE THROUGH THIS ADAPTATION?

A: I wanted to tell the story in a simple and effective way using as much music as I could. I also wanted to allow Dickens' humor and wit to show through.

A: A Christmas Carol is probably the greatest secular story of redemption ever told, and retelling it each Christmas is a real privilege. It's my hope that other Theatres and schools can make this a holiday tradition as well.