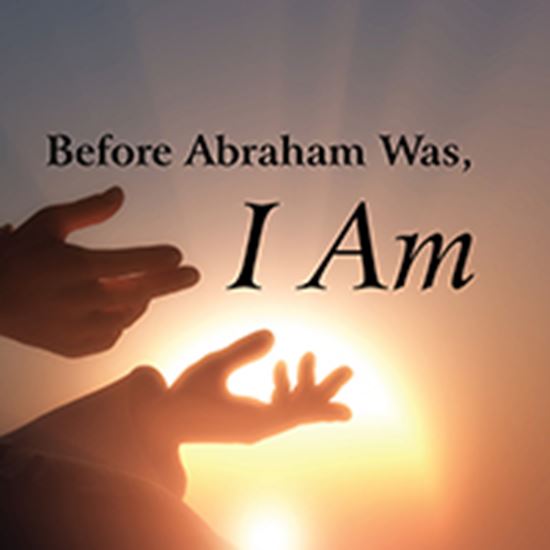 After the crucifixion, believers and nonbelievers were filled with doubt. Followers asked how Jesus could leave, even after promising that He would not? Nonbelievers questioned themselves— what if they did kill the Christ? Yet among the chaos and grief Christ came to them and comforted them. He continued to teach about faith and trust. With the ascension, for those who would witness and believe, the Holy Spirit would come upon them, marking the beginning of Christianity. Hallelujah! The cross is empty. Jesus lives. This Biblically inspired play runs about 90 minutes.

TERRI DILL TALKS ABOUT HER PLAY

BEFORE ABRAHAM WAS, I AM

I was at an Emmaus Walk event last year and was visiting with one of the Pastors about the Trinity. He paused for a moment, looked at me and said, "I just want you to think about this for a moment 'Before Abraham was born, I am.'" I still get chills when I hear that. All I could do was look at him and say "Oh my gosh!" and he smiled and replied "I Know!" I brought this back with me, and in talking with the man who plays Jesus in our plays, I told him I wanted to start my next Easter drama with Jesus in the temple, saying this to the people who came to hear him speak. My friend said, "Have you ever thought about writing a play about what happened after the resurrection?" I realized we never really hear much about those forty days on this earth and those who witnessed him and spoke with him before the ascension. I used three Bibles to compare stories and used His words in this play. It was definitely God inspired.

My favorite part of the play is when Jesus is in the temple, talking to an angry crowd and He says, "If you are Abraham's children, then you would do the things Abraham did. As it is, you are determined to kill me, a man who has told you the truth that I heard from God. Abraham did not do such things." He goes on to say, "Your father Abraham rejoiced at the thought of seeing my day; he saw it and was glad." He finishes by saying, "I tell you the truth, before Abraham was born, I am!" To me, that says it all. He was here, from the beginning. I love that!

The characters are from the Bible. The children's parts were added to enhance a scene that most assuredly happened in Jerusalem at the time of the crucifixion. Chaos would have happened and fear would have been in the hearts of those touched by the death of Christ. I wanted this play to tell His story in every way possible. I added the part with Jesus and His mother, Mary. After the resurrection, He appeared to over 500 people. He would have gone to see His mother, to reassure her. She witnessed His suffering. A mother would never forget that. He had to have gone to her to comfort her. The narrator added the introduction and scripture. He is present at the end of the play, standing next to the empty cross and adds scripture from Joel 2:28-29. I love the line, "I will pour out my Spirit in those days."

I wanted to give God a mouth piece in this play. I wanted the audience to hear His words and to see the witness on stage. Jesus needs to be seen, and He needs to come alive on stage. We learn from seeing. I believe the audience is brought to the place portrayed on stage. They become a part of it. I want them to feel the Holy Spirit and to reach out and touch His presence. It is always my prayer with each play I write that they will see God and want that presence in their own lives.

Our Drama Ministry was started in 1999. God continues to bless what we do. How can we thank Him for giving us this gift? We try, with each new play, to perfect every detail and give Him the glory.